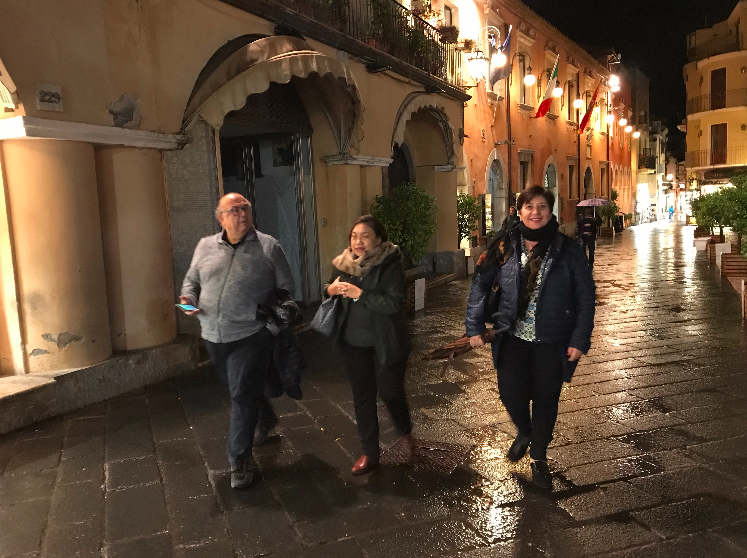 After a 50-minute drive from the Catania airport, we arrived in Taormina and checked in at the San Domenico Palace Hotel. Salvatore and Patrizia were waiting for us there. The hotel itself is an old one, an elegant one for sure. Movie stars and royalty have all been to this hotel. It started as a monastery.
As soon as we got settled in, we walked to the main street of Taormina, Corso Umberto 1. With some local antipasti, we had a couple of glasses of Nobilvini Lambrusco Deli Emila as apertivo at Ferrara, located close to the Duomo along Corso Umberto. It was a rainy evening, quite unusual for Sicily. Salvatore noted that it hadn’t rained since May of this year. It must have taken quite an effort for Patrizia because she was suffering from bad case of colds. She, however, braved the bad evening weather. 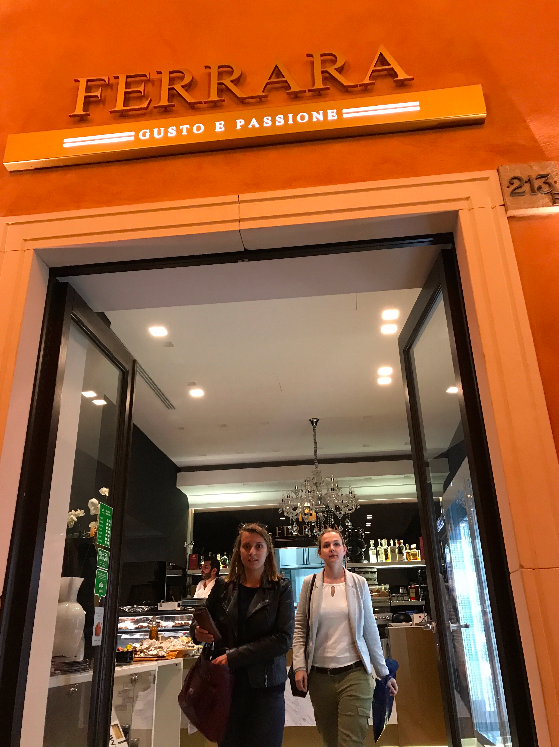 Ferrera was a random place we chose as it was closest to the time we were being pelted with rain from the heavens. One particular local delicacy was called aranchina. What we had was the small version. Salvatore promised a real aranchina the following day.

Walking the streets of Taormina was not too pleasant as it was drizzling and with Patrizia running a cold we did not feel too comfortable. However, she was such a delightful company that we tended to, selfishly, overlook her coughing and enjoyed her company and the unfolding sight of a well lighted Taormina town. 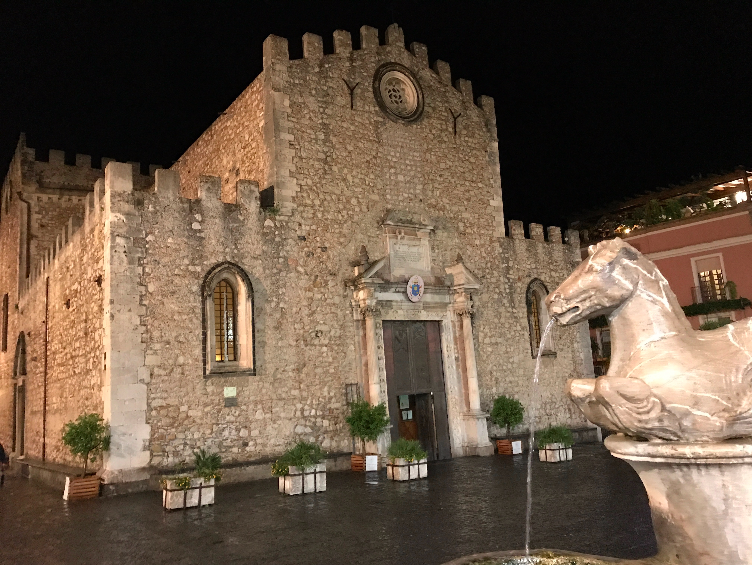 The Duomo, a small one by Italian standards, is located at the center of the town. Despite its size, it still gives an imposing and beautiful presence in the piazza. Taormina is a very small town but since the 17th century has been catering to tourists from all over and from all walks of life.
Mandarins of Sicily or oranges for the rest of us is a primary fruit in the island. It is turned to limoncello and all other delicacies from marmalade to gellato. Salvatore was not sure whether this was indigenous to Sicily or was brought by past traders from China. Considering the number of invaders Sicily has had, this observation will not be farfetched. 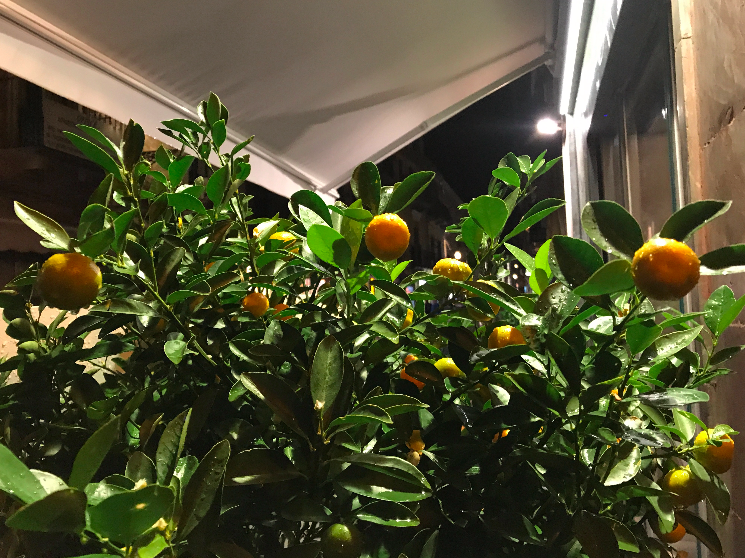 We had dinner in the Silke Sicilian Bistro along Corso Umberto 1. The restaurant was nothing fancy, but the staff was very friendly. This was where we discovered that portions of food served are enormous. We had various local antipastis again and then a lot of very fresh seafood. I thought Croatia was the king of seafood. Now I know it is Sicily.

For the wine, we , of course, ordered a bottle of Sicilian red – Sicilia Maria Costanza 2014. It was perfect with the Sicilian dishes we had. While the food was not “gourmet” level, it was authentically local according to Salvatore. The meal was capped with the obligatory grappa.
The rain had stopped by the time we finished dinner. And so, we had an enjoyable walk back to our hotel.
Beautiful bougainvillas of Taormina were everywhere adding to the beauty of the evening walk. Other than this flower, Sicily also has flowers similar to the Philippines like the gumamela. Other than the cool weather, it did feel like home.

The San Domenico Palace Hotel is a beautiful hotel. Centuries old, it is a historical one with wide hallways and cavernous halls. The bar offers a daily afternoon of great classical and contemporary piano music.
Tomorrow promised to be a great day.