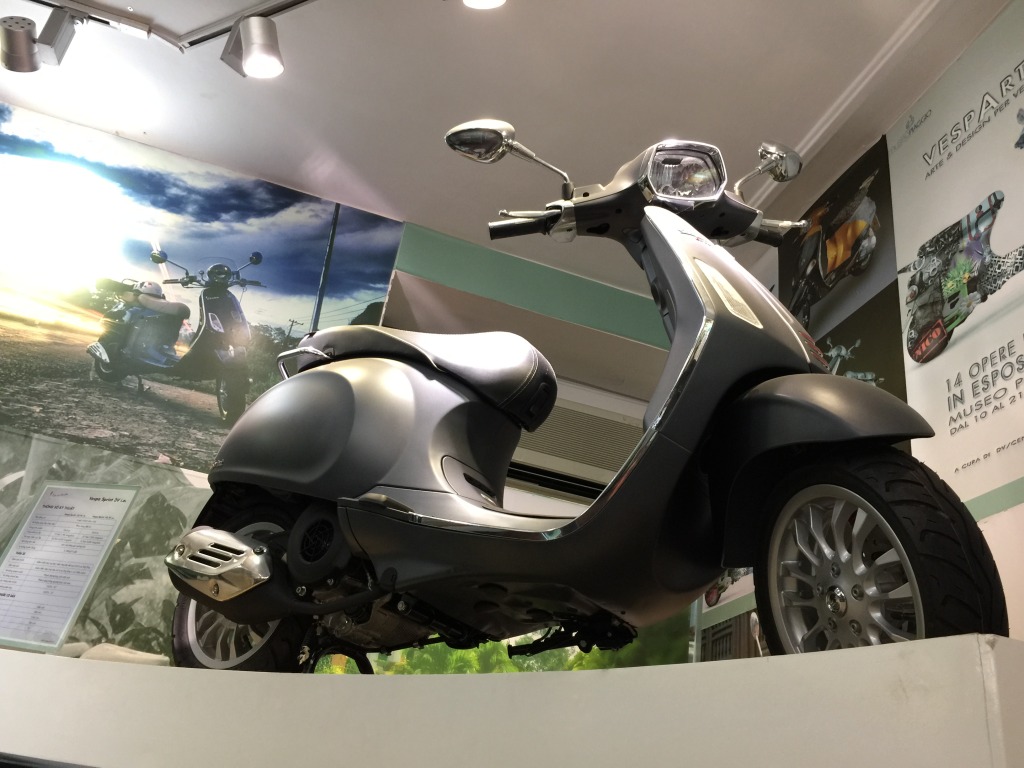 After almost a week of enjoying the delectable Vietnamese cuisine, we decided to settle for a more mundane cuisine of the West – Italian. We found this place almost by accident. We had just crossed the street from the Legend Metropole Hanoi when the presence of a Vespa in the lawn caught our attention and we saw a big sign: “Casa Italia.” Upon closer inspection, we discovered it was an office of the Italian Embassy’s cultural section and Casa Italia is its restaurant!

The Vespa was born in April 1946 and launched by Enrico Piaggio one of the two sons of a major Italian industrialist Rinaldo Piaggio. The older Piaggio was a major aircraft manufacturer who contributed to Italy’s world War II efforts. It was no wonder then his factories were bombed by the Allies during the war. So Enrico had to build a new company from the ashes. He decided to focus on personal mobility and together with a former aeronautical engineer, Corradino D’Ascanio, he built his company on the first prototype originally based on Donald Duck! However, when D’Ascanio showed him the actual prototype, he exclaimed: “Sembra una vespa!” – “it looks like a wasp!” And thus Vespa was born.

Indeed, the Vespas on display at Casa Italia were sexy, the kind one would like to take home. But the service of the restaurant was great as well. And the pizzas and pastas were as authentic as they can get. “Authentic” because one wouldn’t be able to tell the difference between their dishes and those that one would have in Italy. Try their gnocchi – it’s unforgettable. They also have a modest but good wine selection.

A must if you want Italian cuisine in Hanoi.