Joy and I rented an Audi Q3 to drive from Malaga to Sanlucar de Barrameda. On the way though, we passed by Ronda, a beautiful city sitting on the top of gorge that separates the old from the new town. A bridge called “puente viejo” connects the two parts of the town. We did not have the time to visit this bridge but we managed to visit the “puente nuevo” which offered magnificent vistas of the gorge and the surrounding countryside. 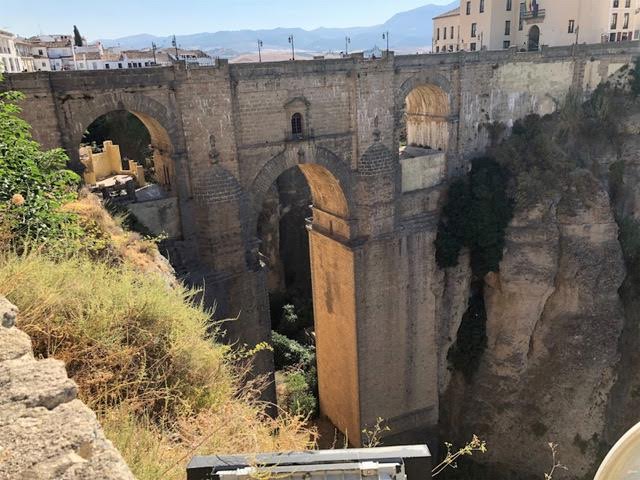 We managed to visit the Iglesia de Nuestra Señora de la Merced Ronda. Unfortunately we failed to visit the The Chapel of the Hand of Saint Teresa in the Camelites Convent and the “secret” bakery.   The bakery is where you order your bread or pastry in a rotating cabinet and you never get to see the nuns. On the other hand, the hand which is encased in a golden armour is said to be the uncorrupted hand of Rain Trees which was given to the nuns in Ronda just before the outbreak of the Civil War. It is reported that General Franco seized the relic and kept it in his bedroom during his tenure as the leader of Spain.  It was returned to the nuns after his death. 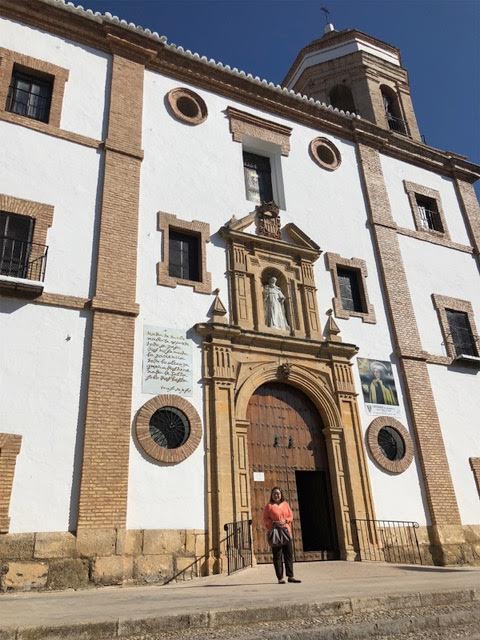 We managed to have a short walk through the old town and meander through its pedestrian area. Walking along Calle Espinel we turned left and found ourselves in the central plaza of the town, called Plaza de Socorro. There we saw the water fountain of Hercules with two lions on his sides that he just tamed. 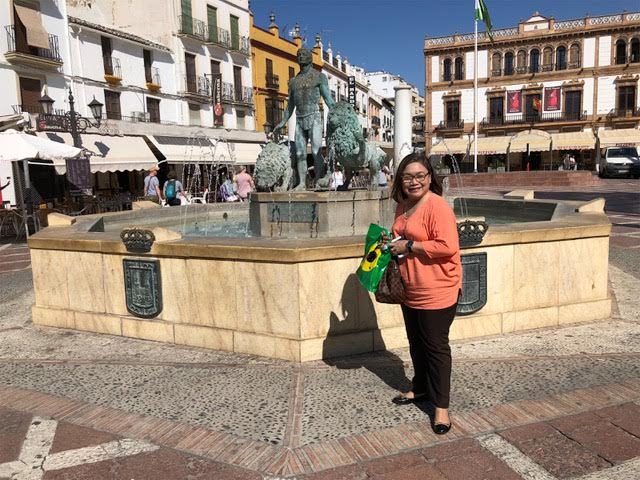 This is apparently, hallowed grounds for the Andalucians. It was in 1918 when Blas Infante, the “father” of Andalucia unfurled the Andalusia flag on the first floor balcony right behind the fountain demanding the same treatment for autonomy as that of the other Spanish provinces. That building is the Circulo de Artistas (Arts Society) where a great number of cultural activities like flamenco performances take place. 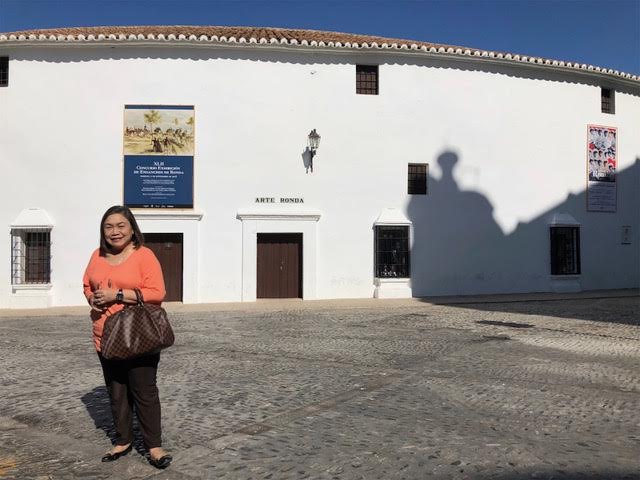 Because we were pressed for time, we did not get to visit the bullring in Ronda. But this is where modern bullfighting is said to have been born, largely because of the Romero family.  In particular, according to andalucia.com, Pedro Romero  is considered the first matador to truly conceive of the bullfight as an art and a skill in its own right, and not simply as a clownishly macho preamble to the bull’s slaughter. Joy and I love bullfights.  So, we will certainly be back to Ronda during its corrida season.

The reason why we were pressed for time was because I had not brought any formal suit or shirt for the baptism of Nadia. So we wanted to make sure we got to Sanlucar de Barrameda while the stores were still open. It would have been lovely to have lunch in Ronda, but we decided to try to hit a town much closer to Sanlucar.

However, just 20 kilometres from Ronda Joy remembered that Setenil de las Bodegas is one of the interesting pueblos blanks so popular in Andalucia. So that’s where we headed for lunch.